The Soo Locks project included Mechanical, Electrical, Earth work, Structural and Architectural work. The major components of this project were installing over 5,000 feet of aluminum compressed air piping underground in the galleries that run alongside and beneath both the McCarther Lock and the Poe Lock. These air lines were feed by 3, 800hp air compressors that were installed in the new building. We also installed new 4160v electrical switch gear and 480v switch gear with 4160v and 480v transformers. All the electrical gear was installed with the newest technology using arc flash ratings and blow out panels.

We dug 2 stories below the surface to cut into the side of one of the monoliths to connect the new building we were installing to the existing Poe Lock North gallery. This process was done by using engineered shoring to hold the crushed limestone back from the excavation. During excavation, we encountered large red sandstone boulders that were mixed in with the crushed limestone. Some other challenges we encountered were space restraints in the galleries, weather conditions of the great north, material delivery and logistics with over water transport (all concrete had to be barged over for all pours-used a special mix design that would allow the concrete to be in the trucks for up to 6hrs), and the integration of all electrical and mechanical equipment into 1 building PLC to control all functions of the building. 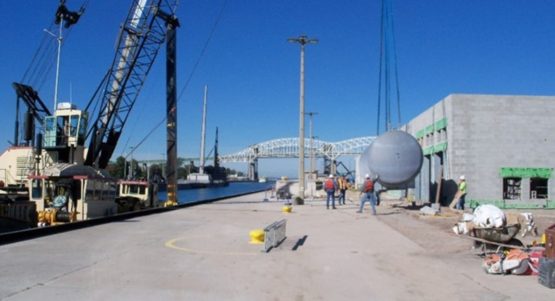 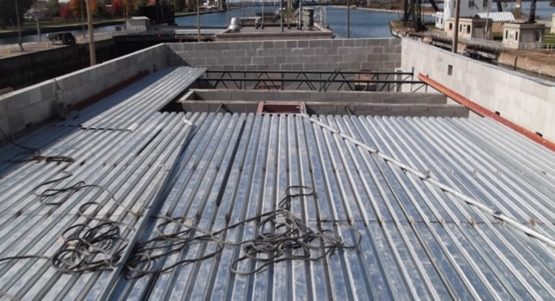 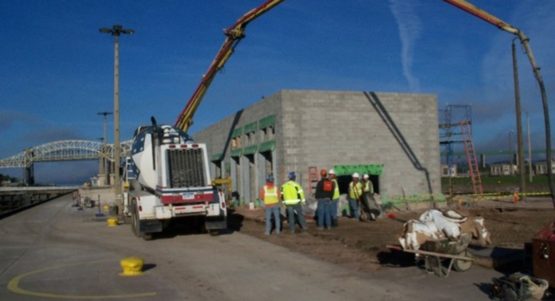 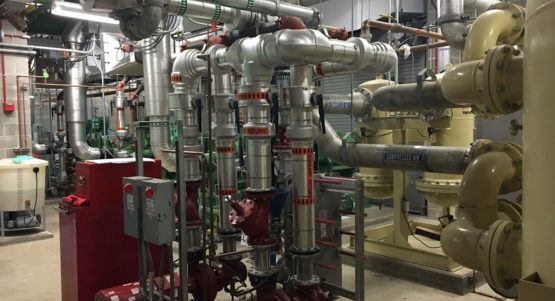 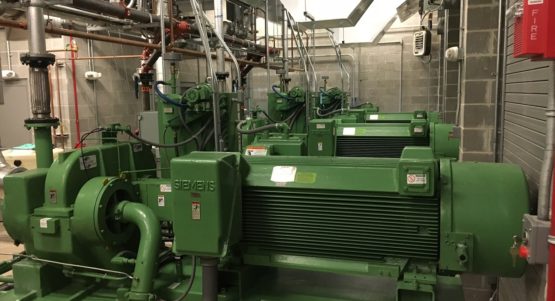